On 29th July students gathered for the first time since finishing their GCSEs in our school hall, to celebrate their last assembly at Mount St Mary’s. The Year 11 band played us into the hall with an upbeat track, setting a positive tone, which continued throughout the assembly. We also had performances from 6 of our Year 11 girls who sang and danced to a track from Six the musical, it was a fantastic routine, which the Year 11s really got behind, clapping and cheering the girls on. Again, this showed the spirit of our Year 11 community, and how all students have supported each other throughout their journey.

At the end of the assembly, students were given time to say goodbye and sign each other’s shirts and there were some tears from both the students and staff. It is important to remember this is not a final goodbye because the Year 11s will always have a place at Mount St Mary’s whenever it is needed. 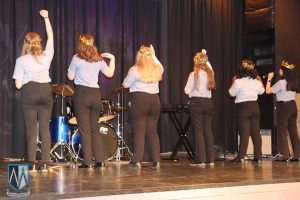 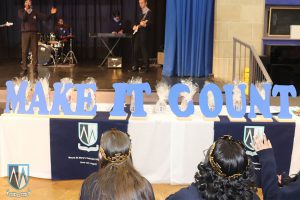 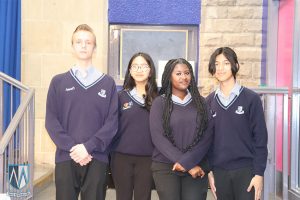