Our show this year was a very special one. Jesus Christ Superstar is the story of Christ’s last week on earth from riding into Jerusalem to his crucifixion at Golgotha, but told largely from Judas’ perspective as one of Jesus’ disciples. We began our story with Christ’s resurrection and flashback to a week earlier as the disciples prepare to enter Jerusalem. Andrew Lloyd Webber’s rock musical was written in the 1970’s, with the aim of modernising Jesus’ story- the famous line ‘If you’d come today you would have reached a whole nation’ seems to now, 50 years later, be an even more apt claim. With the modern technological revolution, social media, celebrity status and cultural influences we aimed to show that ‘if you’d come today you would have reached a global community’. The world we depict may not seem very far from our current one but above all, one thing remains, that the story of Christ still prevails and gives hope and faith to millions.

This was also a landmark show for the Performing Arts Department at MSM – we had more Year 11s in this production than ever before, it was Mr Fox’s 10th production at MSM and Mrs Rudge and Mr Bromwich’s 5th show in school. What better way to celebrate the work of our incredible Performing Arts students and staff than, at this time of Lent, showing the story behind our ethos and the love that binds us together as a Catholic community.

It was an emotional show – one that is particularly poignant at this season of Lent and for our school community. I could not be prouder of our cast and I was overwhelmed and in awe of the talent shown by our lead performers for their dedication and trust in me to portray this amazing story.

Judas was portrayed by Gabby Gano (Yr11) who displayed such dedication and commitment to the role, her vocal and acting performances were phenomenal and she took the audience with her as she told the story of Christ’s last days. Her death scene included a stunning piece of aerial ballet on the hammock which was a new skill developed for the show. Her energy and vitality on stage shone and played perfectly against Connor White’s (Yr11) Jesus. Connor’s performance was memorable as the fated Messiah, the endurance and concentration to pull off this role is something only professional performers can do, yet his dedication to its true portrayal meant that he played the part perfectly, and his depiction of Christ’s death and brutal torture outlined him as the true performer he is. Other key mentions have to go to the characters of Pilate – Faith Odeyo (Yr11) who vocally shone and showed the true inner battle the character faced, her solo Pilate’s Dream brought forward many tears from the audience and the other performers and also Herod – Erin Shortell (Yr10) who portrayed Herod as a chat show host/fashion influencer for the Z Generation. Her performance included Instagram worthy poses and a 2 second tiktok inspired costume change. Weza Madiera (Yr11) as Mary Magdalene was perfect in every way, her extreme emotion and vocal style won over everyone across all three nights.

A group of Year 11 performers demonstrated their exceptional performing talents as the Pharisees (Iliham, Carmella, Jenicy, Beth and Caitlin) becoming the political power in Jerusalem and the reason behind Jesus’ demise. The disciples, Mary’s women and the press mob were made up of students from all years showcasing the range of talent we have at MSM, including an energetic performance by Karl Carey (Year 10) as Simon Zeaoltes, whistle vocals from Sam Ngombo (Year 9) and poignant acting from Jevic Juma (Year 10) as Peter. Leah Dillon (Yr10) also offered the audience a beautiful and haunting rendition of Hosannah as one of Mary’s Women.

I would like to offer my heartfelt congratulations to all the students involved in this performance. This show was Superstar Spectacular and it made the closing night special, so much that my heart ached with pride for everyone involved. I especially want to thank the Year 11 cast members for their dedication and talents and leave them in the knowledge that their performances and contributions to Jesus Christ Superstar will have a lasting legacy to everyone who had the privilege of seeing the show. 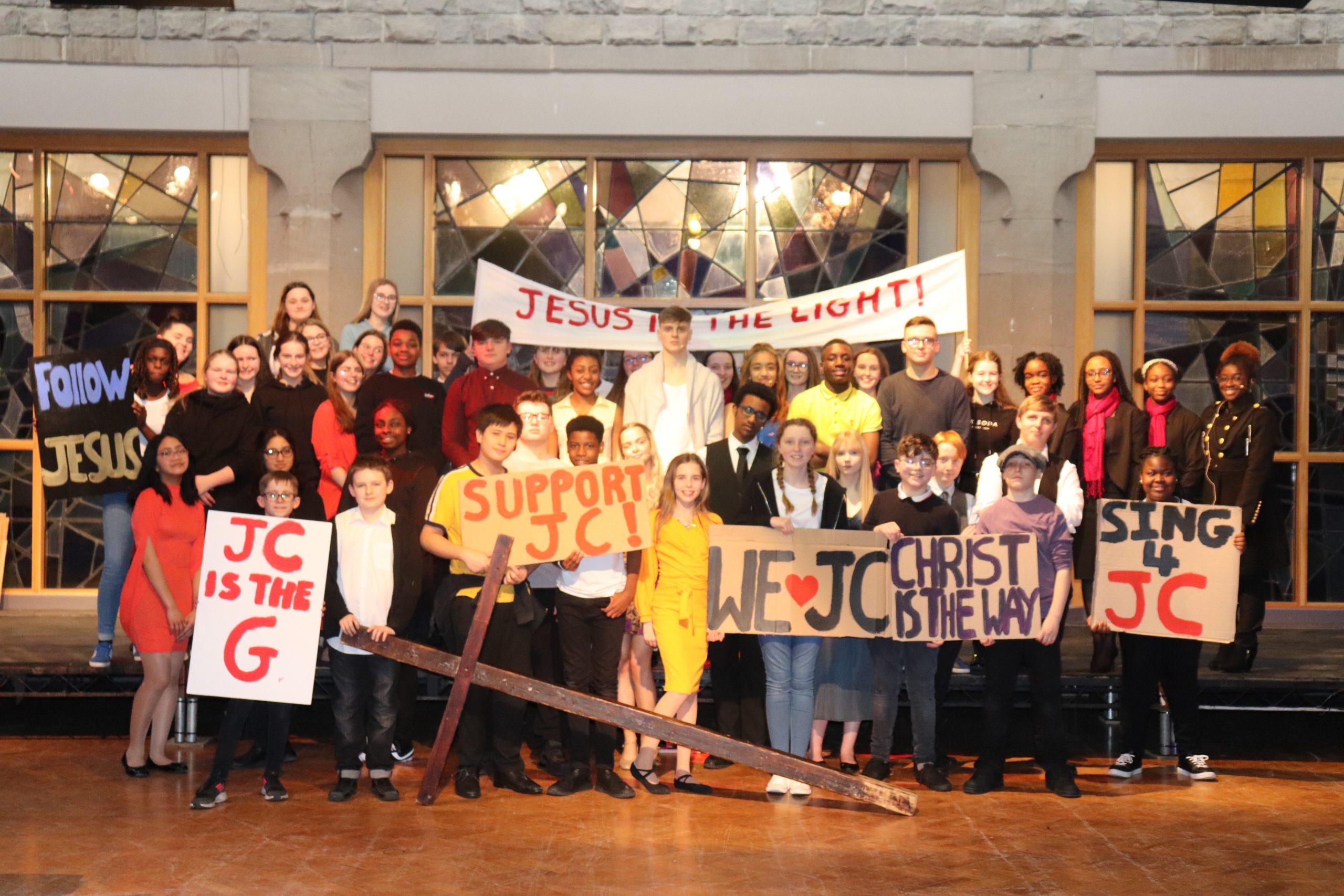 Please click here to view more photo’s from our Gallery.